When is the best time to fly to Austin?

The best times to book a flight to Austin is during spring and autumn when the weather is sunny and crisp. Temperatures are mild and comfortable, usually in the 20s C and can rise to the high 20s to low 30s C during spring. The pleasant weather, which is perfect for outdoor activities, is a big draw for tourists, as well as the variety of festivals, such as, Star of Texas Fair and Festival in March and Austin City Limits Music Festival in October. Be prepared for an overflow of college students during this time, though. The restaurants and bars are normally packed in specific towns, and parks and green spaces can be crowded with students. May can become especially busy due to students graduating from the University of Texas, therefore it is advised to book flights to Austin and accommodation in advance to get the best deal.

Temperatures rise to the mid- to upper 30s C during summer and sometimes even exceed 38C, but this doesn’t deter all visitors. If you can handle the heat, then this can still be a great time to look for cheap flights to Austin and discounted hotel rates.  If you’re after a festive holiday, why not book your trip to Austin during winter, when average high temperatures are in the mid-teens C.

Which day is cheapest to fly to Austin?

At the moment, Wednesday is the most economical day to take a flight to Austin. Tuesday is likely to be the most costly.

Austin flights can be made cheaper if you choose a flight in the morning. Booking a flight at noon will likely mean higher prices.

Traveling to Texas for some outdoor adventure? Book a flight to Austin and enjoy the great outdoors in one of the nation’s greenest cities. Austin was originally called “Waterloo” because of its excessive creeks and water areas throughout the state. Today, travellers holidaying in Austin have the chance to explore nature preserves, rivers, lakes, eco-friendly parks and many other things around the city. In addition, Austin is one of the nation’s leading energy producers and enforces a tough recycling program in an effort to keep the city clean and green. But there are more things to do in Austin than visit wide open spaces. Texas’ capital city is one of the fastest growing cities in America and is rich in history.

Originally a buffalo hunting ground, Austin today is home to many prominent government officials and state historical monuments. Take a flight to Austin to walk back in time, for example, at the Texas State Cemetery where the rich and colourful pasts of Texas’ politicians come to life. Feel like a millionaire while you wander through Bremond Block, an area flanked with 19th century mansions and only blocks away from the many Austin landmarks that define the city. If bicycling through nature parks isn’t quite your speed, then how about touring one of the nation’s leading universities – The University of Texas. Thinking of furthering your education? Famous Longhorns include Lady Bird Johnson, Janis Joplin and Walter Cronkite.

Unlike the other cities in Texas, Austin enjoys settled weather and a pleasant semi-tropical climate. Even in the height of summer (June to August) temperatures are more moderate than in other parts of the state. In winter the temperature stays well above freezing. Humidity is at its highest between May and September, and these are also the wettest months. Autumn (September to November) and spring (March to May) are mild and comfortable.

Austin’s public transportation will get you all over the city on public buses or vans for a flat fee. You can also transfer for free during a three-hour window. If you’re exploring the historic city centre, check out the Armadillo Express, also called “the Dillo,” for free trolley rides. Taxis can be expensive and it’s easiest to get one by calling ahead or hanging out in front of a hotel in the centre. 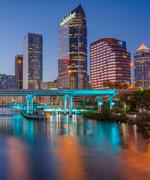