The city enjoys warm summers, with mild spring and autumn periods, while winter can be cold with possible snow.  The best time to fly to Dundee is between June and August when everything is open and some of the student population have left for home.  The weather is pleasant and sunny with occasional rainy spells, and the International Guitar Festival in July and the Food & Flower Festival from August to September ensure that there is lots to see and do. The Dundee Flower and Food festival is one of the city’s biggest annual events and has seen crowds of around 20,000 visitors and exhibitions from all over the country travel to enjoy and be part of the show. Over the three days visitors can watch a programme of fine cooking by celebrity and local chefs and also the opportunity to invest in some of the best quality, local, national and international produces.

It’s quieter in autumn (September to November) when the school holidays are over, but the Dundee Literary Festival attracts top authors and book fans in October.  Although winter is low season, festive events make Christmas and New Year a good choice, and the spring months of March till May are excellent if you enjoy cool days and an abundance of new foliage and plant life.

The cheapest time to book your flights to Dundee is during the low season period from November till February, or the shoulder season times of March and April and October and November.  Summer is high season and flight prices reflect this, but it’s still possible to find bargain airfares.

Known for jute and textiles, jam and marmalade, and as the home of the famous Beano and Dandy comics, the Sunday Post newspaper, Oor Wullie and the Broons, Dundee on Scotland’s east coast is a wonderful holiday destination.

Dundee is Scotland’s fourth largest city after Glasgow, Edinburgh and Aberdeen and it’s one of the most beautiful.  Situated on the Firth of Tay on the north bank of the River Tay, the Tay Rail Bridge is one of the city’s landmarks and its proximity to the North Sea coast and the Scottish highlands and islands is an advantage to visitors.

In the past, the city was famous for the ‘three j’s’ – jute, jam and journalism.  There are lots of reminders of the city’s more recent history – the D.C. Thomson building is still the company’s headquarters today, and visitors will be delighted to find a statue of the Beano’s Desperate Dan in the central shopping area. The jute mills are now gone, but Cox’s Stack a chimney that was part of the former Camperdown Jute Mill remains intact, and is another Dundee landmark.

History fans who take cheap flights to Dundee can explore the city’s older structures, such as 15th century St. Mary’s Church or 16th century Claypott’s Castle, an outstanding Z plan building in the West Ferry district.  A visit to RSS Discovery is essential.  This famous locally built ship took Captain Scott and his crew on their remarkable Antarctic Expedition, and has now been returned to Discovery Point where she will remain.

The city is surrounded by magnificent countryside, and walking, climbing, horse riding and cycling are popular activities.  A walk up The Dundee Law, an extinct volcano topped by an impressive war memorial, will afford you superb panoramic views over the city and the Firth of Tay and north to the Sidlaw hills.

The city is home to one of Scotland’s finest universities and the student population number approximately 1 in 7.  Thanks to this high proportion of younger residents, the city’s nightlife and entertainment is thriving and there are lots of live music venues, friendly pubs, clubs and bars where visitors are made to feel welcome.

It’s possible to walk safely all over the city, and many locals and visitors do.  There are also good local bus services which take in main points of interest, and also link the city to the famous golf courses at nearby St. Andrews and to the highlands.  Taxis operate on a set fare system, and there are plenty of local companies to choose from.

The city has its own airport, Dundee Airport (DND), and there are a few international flights via London City Airport and Paris.  The airport is just outside the city and taxis are available for the short trip.  Most visitors arrive at the main international airports at Edinburgh 60 miles (96 km) away, or Aberdeen which is 71 miles (114 km) from the city.  There is a combined bus and train service from Edinburgh, and a regular train service from Aberdeen.

What airport do you fly into for flights to Dundee?

Booking a flight to Dundee (DND) is your only option if you intend on flying to Dundee. It is only a 3.6 km journey from Dundee to Dundee’s city center.

See alternative destinations where airfare is generally forecast to be close to Dundee flight prices. 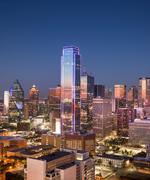 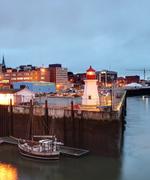 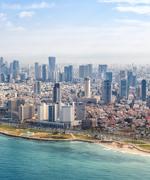 Not set on Dundee? See the cheapest flights to Vietnam. Airfare prices updated on October 27, 2021.